Our online shop is open around the clock as usual, but you may experience slightly longer delivery times due to disruptions in postal services. We have now also extended our return policy to 30 days.

After music critic Kristin had her baby, more mellow tunes began to drift from her speakers. Here are her tips for good music that doubles as lullabies for her son Bruno.

Hi, Kristin. What kind of lullabies do you and Bruno listen to?

“Right now I’m on maternity leave and not reviewing any music, and I only listen to my old favorite bands.

I want Bruno to hear, and hopefully learn to like, the music that has meant the most to me. Then we’ll work our way through the classics so that he can get his basic education.”

We’ll work our way through the classics.

The music Kristin listens to has changed since Bruno was born three months ago. Now she surrounds herself with music that has more of a calming effect. Preferably mellow indie rock over heavy metal.

Lullabies can take many forms

Because a parent’s voice has a positive, soothing effect on their baby, the coziest option might be to play soft music that you yourself like and can sing along to.

Kristin tells us that Bruno may fall asleep to folk music, or to Vashti Bunyan.

“We haven’t been listening to any classic lullabies for babies yet – except the ones in musical boxes. I usually play songs that could have been lullabies.”

Bruno gets to listen to music all day long when he and Kristin are at home. Music is always playing in the background. And she has a Spotify list that is constantly updated with songs she thinks that Bruno should listen to.

“When I was pregnant I created a playlist on Spotify that I named Bruno’s Music, and I constantly added tracks to it that I wanted him to hear.”

A classic lullaby that Kristin recommends is Who Can Sail Without the Wind?, a traditional folk song from Sweden. “Although not the Lee Hazlewood soundtrack version because that’s impossible to settle him down with.” And Train Song by Vashti Bunyan is a more modern lullaby that gets Bruno, 12 weeks old, to doze off.

3 tips on where to find good alternative lullabies 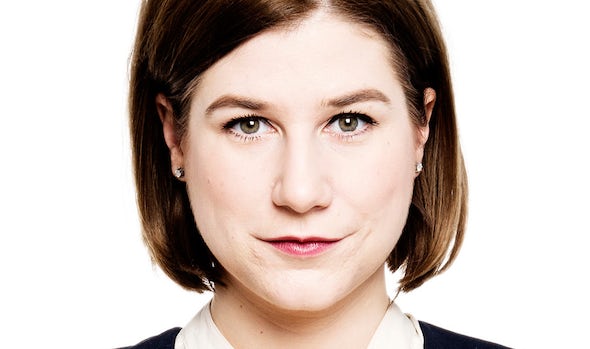 Lives in: Stockholm, Sweden
Works as: Writer and music critic at a daily newspaper
My family: Bruno, born in February 2016, and Niklas

By Anna K. Write to us magazine@babybjorn.com

Got 5 more minutes? Read this!